A Generational Story for Star Wars Fans of All Ages 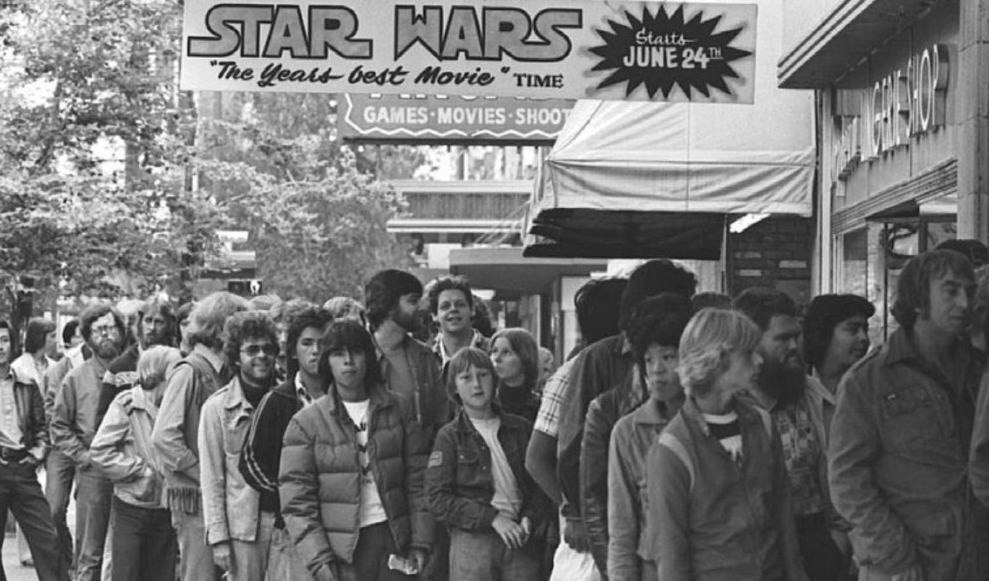 For a lot of Americans of a certain age, say 42 or 43 or so and older, Star Wars has been a near ubiquitous presence in their entertainment life. If you are 42 now, you were four years old back in 1977 when the first Star Wars — which is actually the fourth Star Wars even though it is the first — even though we did not know it was the fourth at the time…

Forget it. It was the first one in the theater. It is “A New Hope”? to millennials. I think. Or maybe they call it the original Star Wars, too.

In any event, if you were four years old when it was released in the theater, you could probably grasp it.

If you saw that original film in the theater, you were probably back in 1980 for “Empire Strikes Back”? and again in 1983 for “Return of the Jedi.”?

The kids that were in the audiences for that first film probably had some autonomy by 1998. If you were one of them, you might have done something frivolous like buy a ticket to see a film you knew had the trailer for “The Phantom Menace”? attached, watched the trailer, and then bounced. And then you talked to your friends about how awesome it will be to go back to a new Star Wars film — especially one that was an “origin story,”? which of course has now become a boilerplate method of extracting more revenue from a completed story: add more pages to the front of the book.

And then you were probably disappointed when it came out.

And then you were probably disappointed at “Attack of the Clones”?

And then you were probably disappointed at “Revenge of the Sith”? except for the last 20 minutes or so.

And here we are in 2015 for “The Force Awakens”? which may as well be called “The Fanbase Awakens”? since it has ignited legions of 40-somethings and older to act like kids again: I saw it once, got something to eat, and walked right back in to watch it again, because I am an adult. I had the money to do it.

Out in the real world, it has taken about 38 years for about 75 years of the Star Wars universe to play out. Seven films, the books, the cartoons, the toys, and one horrible holiday special. All wrapped up in one giant multimedia behemoth.

And while it is on its third generation of characters — from Anakin to Luke to whoever Rey is, it is also about that in the real world too. A lot of parents who spent their hard-earned paychecks to take their kids to the movies and buy them the toys in the 1970s and early 1980s are using part of their Social Security check to buy a ticket to “The Force Awakens.”?

But maybe we need Star Wars just as much.

Star Wars has given us a theatrical background to our lives since the 1970s. It has been passed down from parent to child. New generations of fans have been built because their parents sat them in front of a television playing a Blu-ray. And now those children are getting their first chance to see what Star Wars is in a theater — in an era where the internet has driven the hysteria to an unprecedented fever pitch.

Greg Hauptner, Founder and CEO of the G-Star School of the Arts, agrees with that assessment. He also sees how young people are finding a broader, transcendent message in the films.

“My sixteen year old daughter has never seen a Star Wars movie. We saw it together,”? he explains. “She and her friends have spent huge amounts of time discussing not only the technology of the film, but also its moral implications such as the evil repression of fellow mankind and the triumph of the human spirit to achieve freedom from tyranny”?

So this new generation of fans is being dazzled by the Star Wars experience, but they are also taking something far more profound away from the films.

Yep. Disney will make a fortune off of The Force Awakens. They will make another mint when “Star Wars: Rogue One”? hits theaters this December.

And we’ll get another two hours’ worth of Star Wars to spend with our kids. Thanks for that. 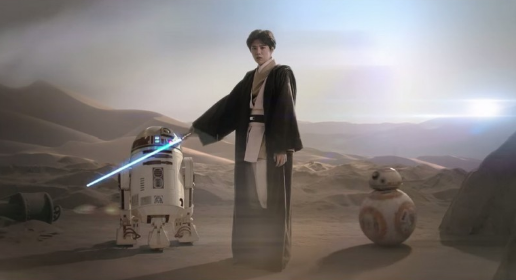 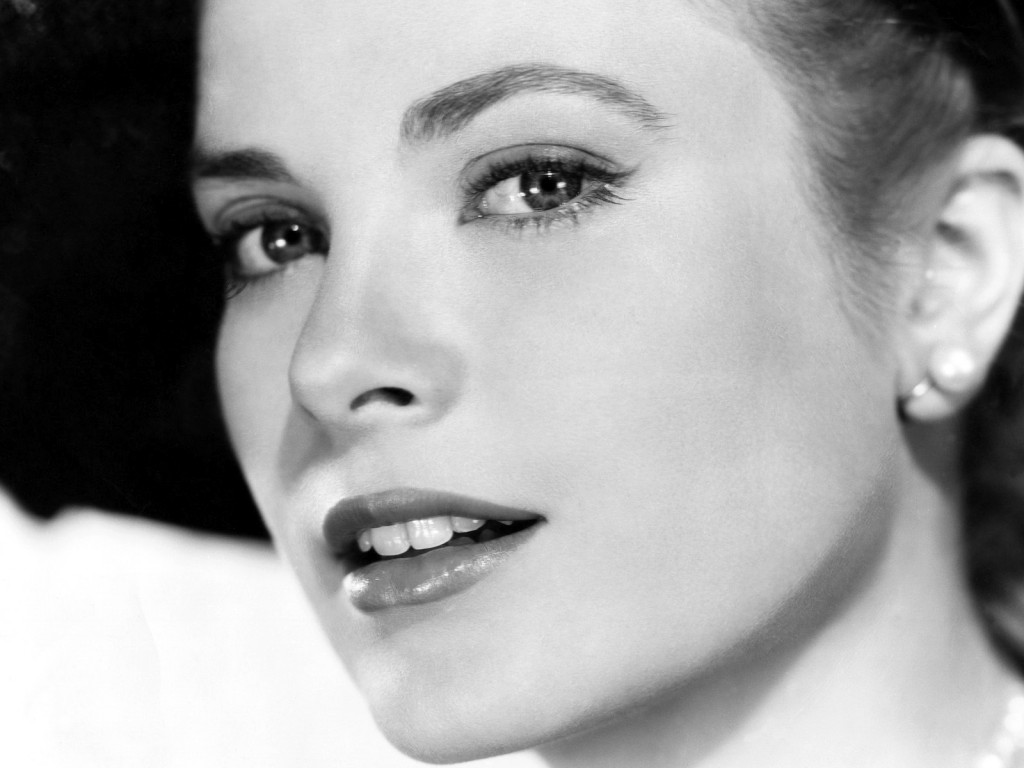 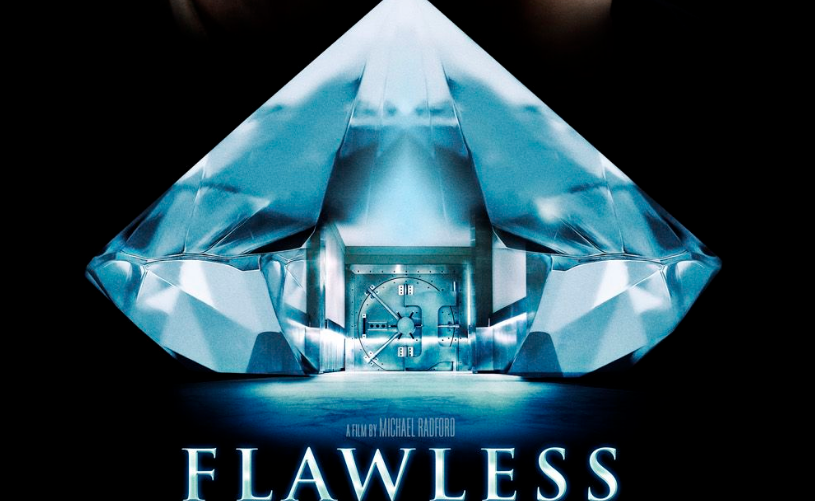 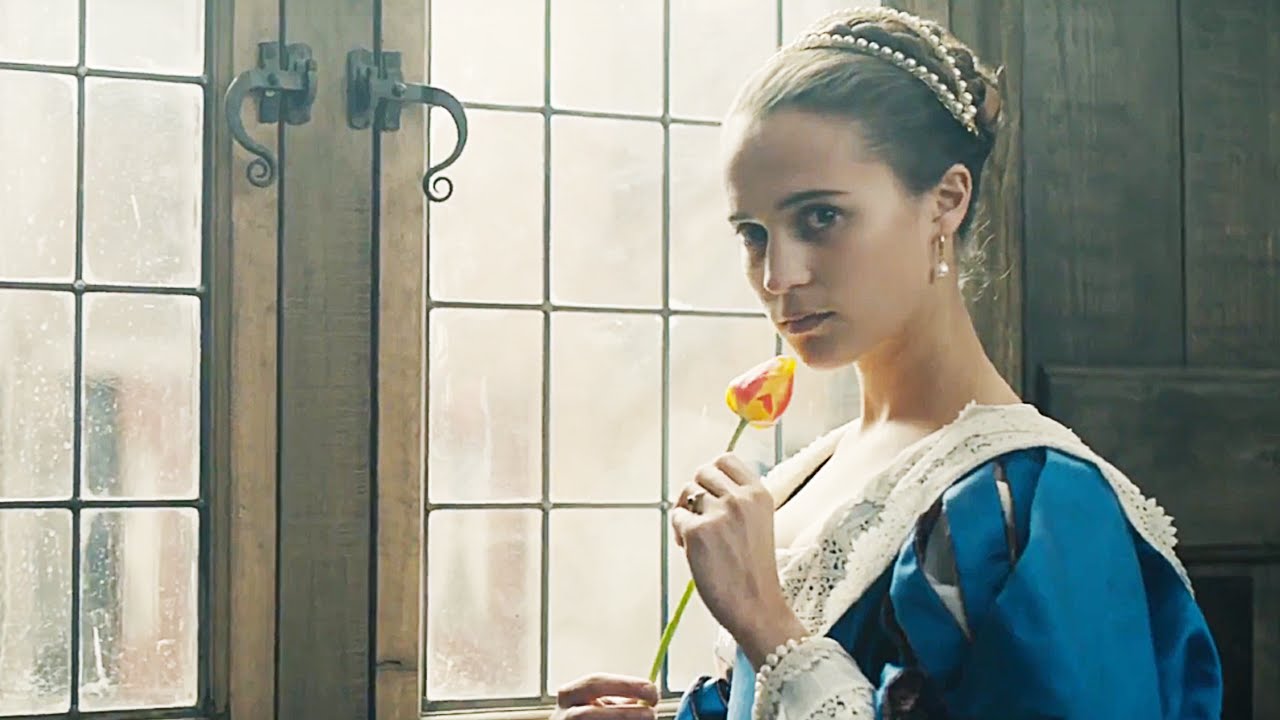