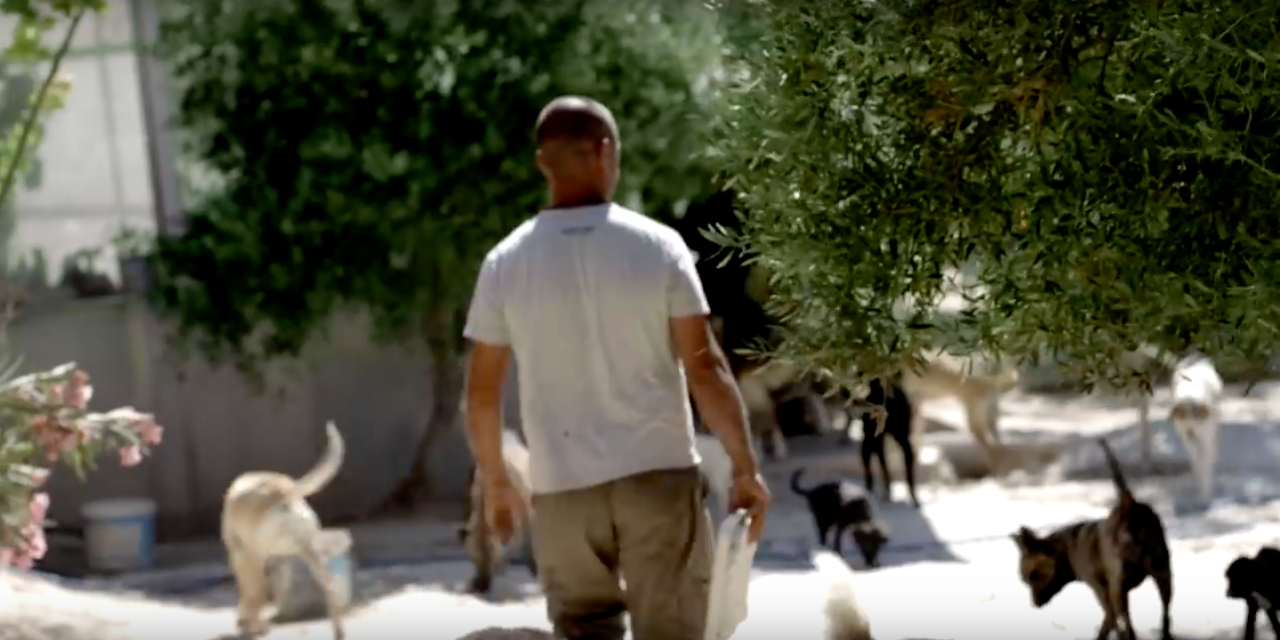 Six years ago, Theoklitos Proestakis (or “Takis” for short) was just like most of the other citizens on the Greek island of Crete. He worked a regular job in the night club industry and spent his free time with loved ones. He never expected that a chance visit to the local dump would change his life forever. 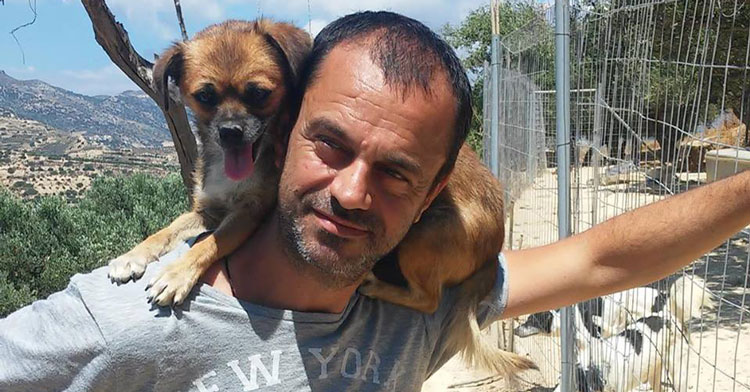 Among the trash, Takis found an injured dog. Without a second thought, Taki scooped up the pup and took it to the nearest veterinarian so it could receive the necessary medical care it needed. But once the dog was in a stable condition, Takis had a dilemma. He didn’t have space in his home to bring a dog back with him, so he was forced to bring the dog back to the dump.

He didn’t leave the dog to its own devices, however. From that point on, Takis came by the dump every day to see the dog and provide it food and medicine.

Takis quickly realized this dog was not alone. More and more homeless dogs emerged from the rubbish, and after a few days, Takis found himself responsible for over 70 dogs. He didn’t turn away from the daunting task, however—he embraced it. Every day for a year, Takis fed and provided medical care to the dozens of, completely on his own. 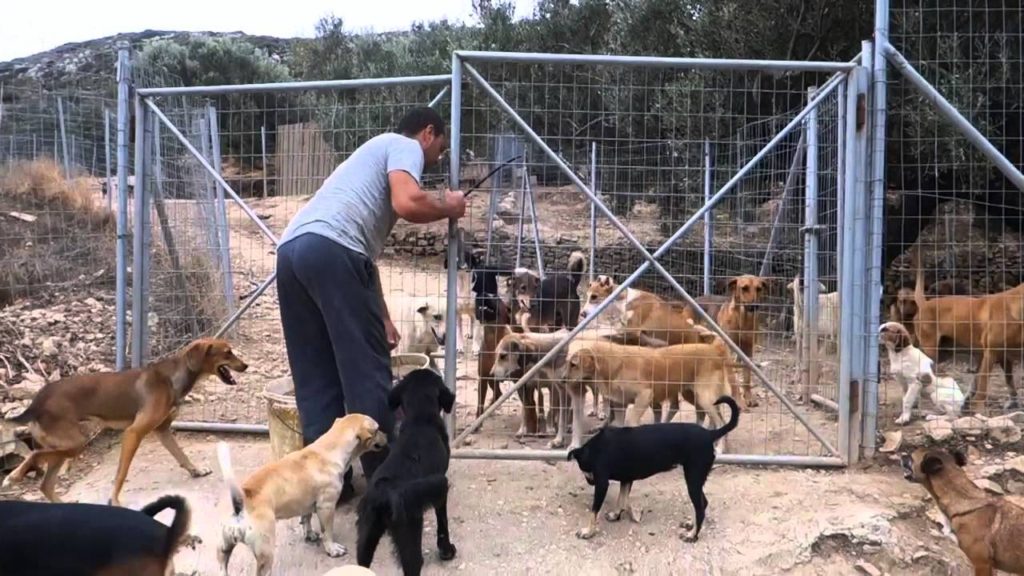 Neighbors of the dump began to complain that some of the dogs were causing trouble, and that they were considering poisoning the pups the eliminate the problem. Takis pledged to find a space for the dogs in 30 days, the citizens begrudgingly agreed. Proestakis was able to locate and purchase a 500-square-meter piece of land not far from the dump, and “Takis Shelter” was born, a “free shelter” where the animals are not locked inside.

Six years later Takis Shelter as grown exponentially. 70 dogs turned into 342 dogs—but the shelter is now home to goats and felines as well, all of which he rescued on his own. 500 meters has grown to 33,000 square-meters (roughly 355,210 square feet). Takis works about 20 hours a day and sleeps with a dozen of his “most sensitive dogs—” including two paralyzed dogs and very young puppies.

Takis and a handful of shelter dogs via Facebook

Though being tasked with the care of these dogs may seem insurmountable, Takis gladly takes the challenge. “I think I was born for this,” he says. “I love it so much.” 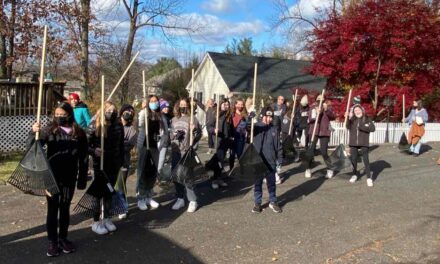 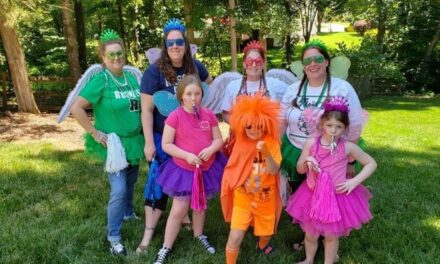 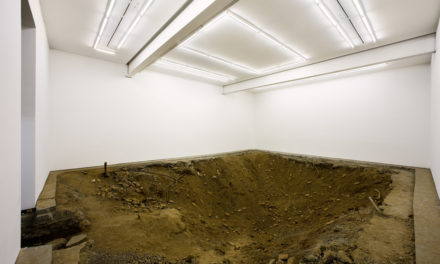 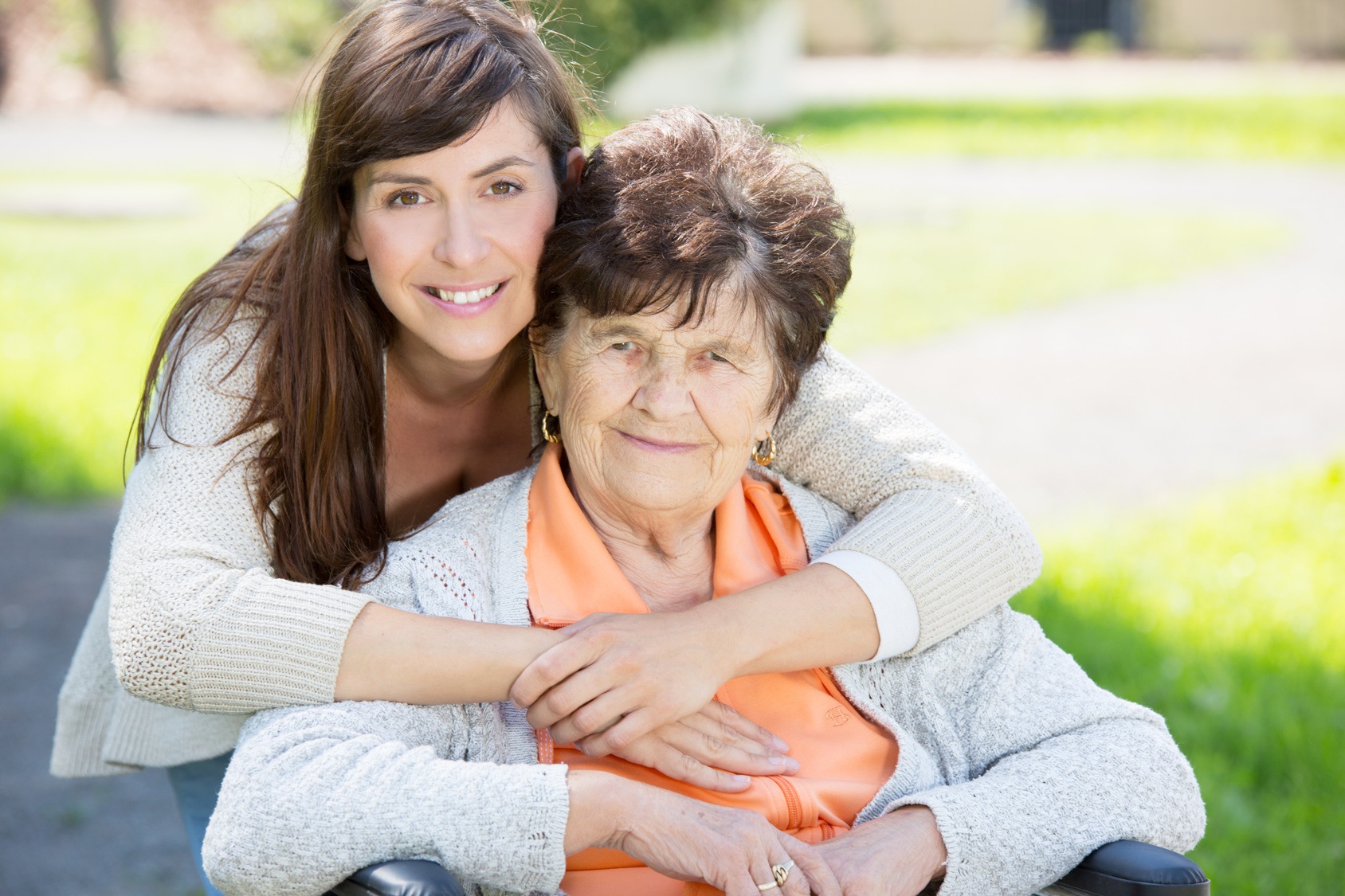 The Heroes of Your Community: Those Who Care for the Elderly