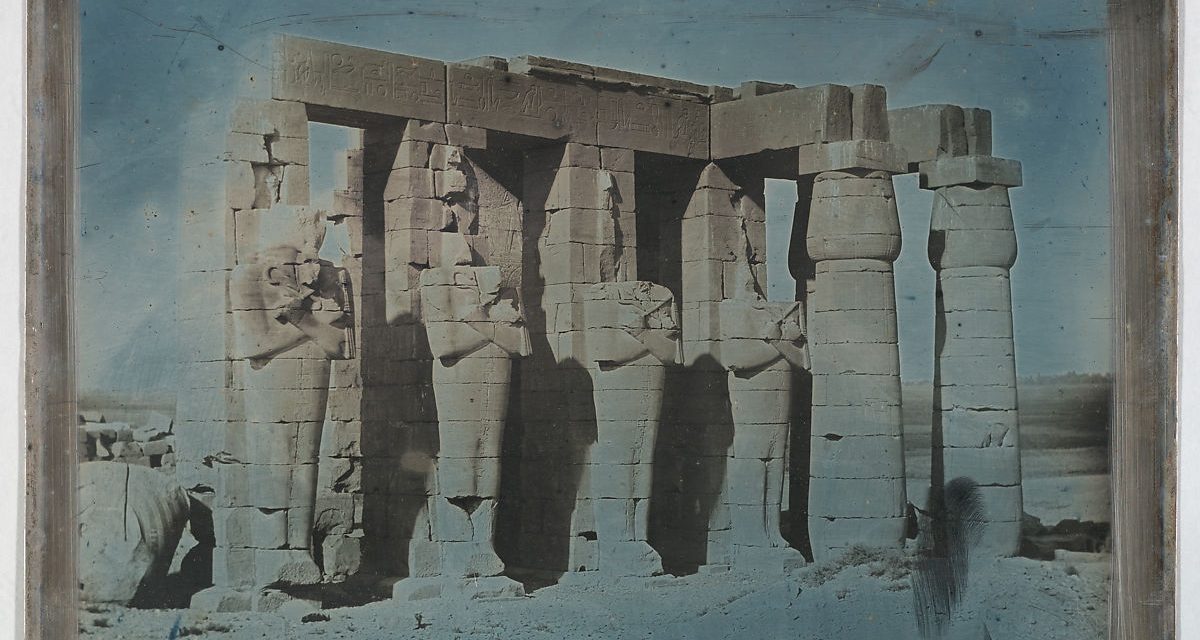 Both a journey back in time and an exquisite taste of antiquarian photography’s delights, the daguerrotypes of Joseph-Philibert Girault de Prangey (French, 1804–1892) represent a monumental artistic achievement that contributes as much to the history of art as it does to a knowledge of ancient architecture. Mr. de Prangey was more than just a photographer. Born to an aristocractic French Family in Langres, he eventually eschewed the career path laid out for him by his father and began to study, drawing, painting, architecture and photography on his own. 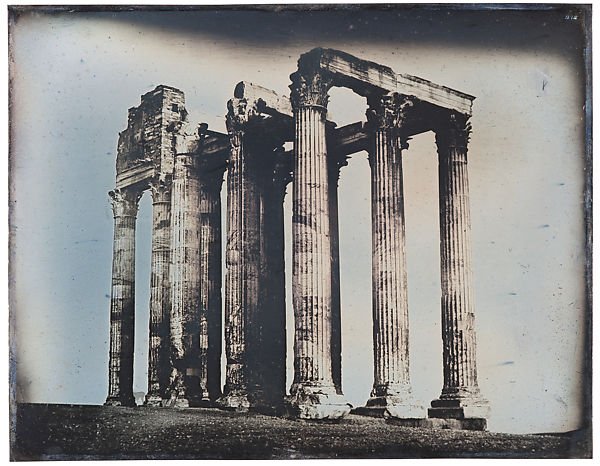 An eccentric and an autodidact, he eventually decided to do what 19th century French nobility does: visit the ancient locales of Athens, Damascus, Cairo, Rome and Florence. During these travels he brought along his box daguerrotype cameras, apparatuses that were either customized for him or built by him. Art historians know this because of the unusual sizes and proportions of his finished works. He would often expose 2 or 4 images on one glass plate and later cut the plates to get multiple smaller finished photographs. Since the plates and box cameras were bulky and heavy, particularly for 19th century travel, Mr. de Prangey had to economize his method and his range of tools to capture the memories and visual treasures of his travels.

The daguerrotypes of de Prangey are the earliest known photographs of Greece Palestine, Egypt, Turkey and Syria, taken during a three year excursion that began in 1842. Incredibly, his works were thought to be lost to history’s oblivion since the artist had no heirs or close family upon his death. But as fate and art history fortunately decreed, his daguerrotypes were saved when they were found in the 1920s and presented for sale to the Bibliotheque National de France, who promptly refused to buy most of them. Fortunately other collectors and institutions saw both the historical and artistic value of these exquisite images and they were eventually collected and kept safe, stocked away in private collections until recent art historians and collectors began to prize them for obvious reasons. It is estimated that there are approximately 1000 de Prangey daguerrotypes extant and that at one time the total number of works was well in excess of 2000.

The Metropolitan Museum of Art’s exhibition on de Prangey, Monumental Journey, features over 50 works in a very dimly lit gallery that includes an extensive amount of historical background. This historical context of the uniquely gifted Frenchman is especially crucial to an understanding of the gorgeous and mysterious works on view. The show includes engravings, drawings and paintings, many of which were made by de Prangey himself.

To experience these unique works is to explore the phenomenon of time and perspective. That the Met’s exhibition is an exquisite history lesson on its own is without dispute. When you consider the grandeur and mystery behind these images the shadow of geopolitics is never too far away. Considering the relative innocence and naivete with which a European gentleman captured the historic structures and cities of the Mediterranean and North Africa we are never far away from a meditation on European colonialism. 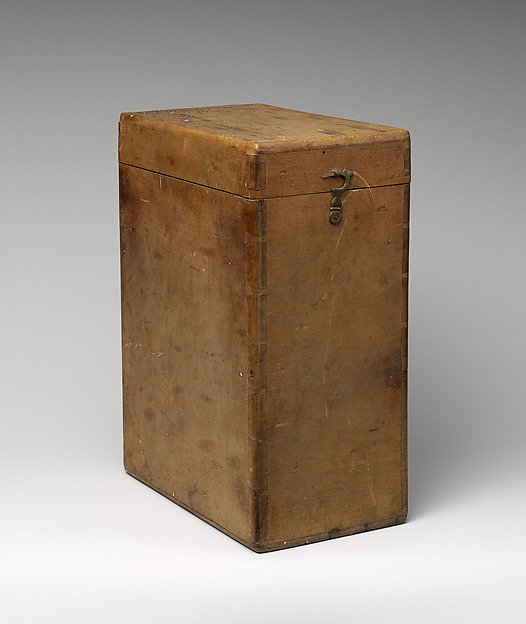 Perhaps one can view Mr. de Prangey as the benevolent documenter of time, of world history, of architectural and art history whereas such perspectives of later European forays into these lands would be harbingers of violence, economic and political exploitation the likes of which Africa has still not recovered from.

It would be morally irresponsible to regard and study Mr. de Prangey’s pictures of the Dome of the Rock or the Roman Forum without at least a reflection on the temporal moment and the historical states of Mr. de Prangey’s travels and what they represent in European, indeed, world history. 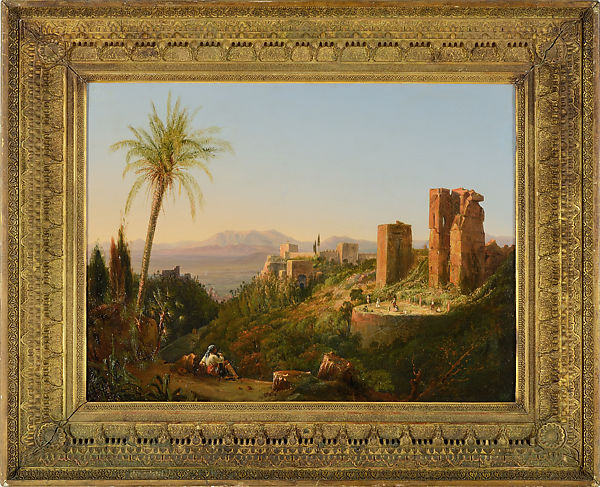 When I viewed this show I recall the solemnity and gravity with which my fellow viewers brought with them in front of each carefully illuminated image. It is impossible to view the daguerrotype of the Parthenon and not be stricken with awe at the magnificence and historical tragedy of the structure and everything the daguerrotype represents, particularly when one recalls that de Prangey took the daguerrotypes while Greece was still just recovering from nearly four hundred years of an Ottoman occupation of its territory. Even more poignant is the fact that many of the sites photographed by the vagabond artist no longer exist. 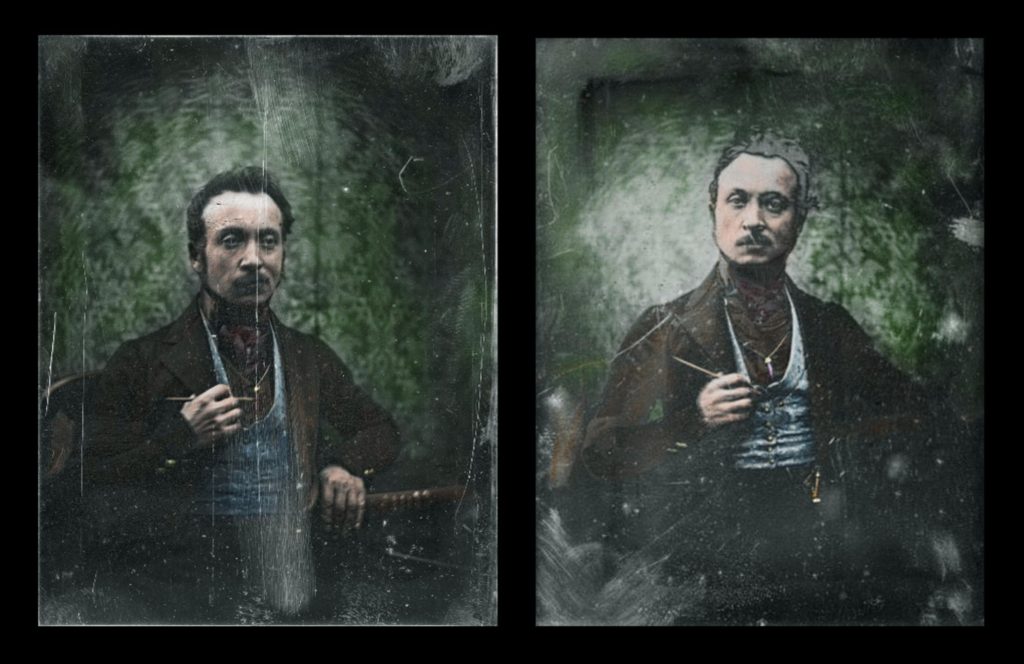 What is most intriguing about Mr. de Prangey’s life is not simply the astounding breadth and refinement of his daguerrotypes, paintings, and drawings, it is the unconscionable phenomenon that his work was largely ignored, if not downright neglected by the aesthetic and academic powers of his day. Thankfully, history has finally paid its respects and honored this brilliant French polymath and artist. Lovers of photography, architecture and history all owe the Metropolitan Museum of Art in New York, curator Stephen C. Pinson, Curator in the Department of Photographs, and organizers of this beguiling exhibition an un payable debt of artistic and intellectual gratitude. 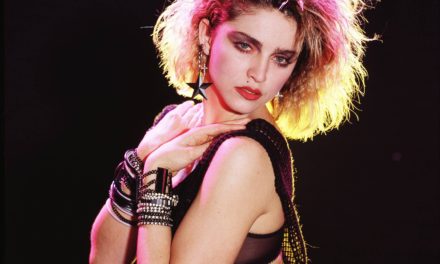 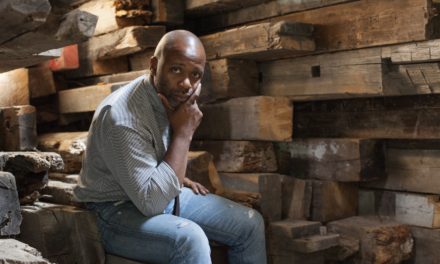 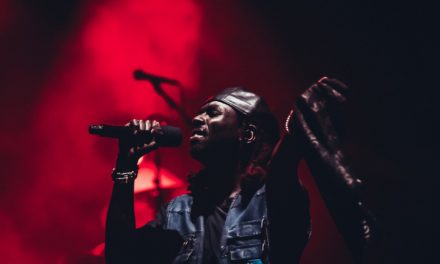 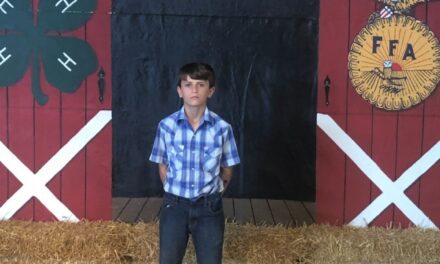 Boy Proves Philanthropy Has No Age