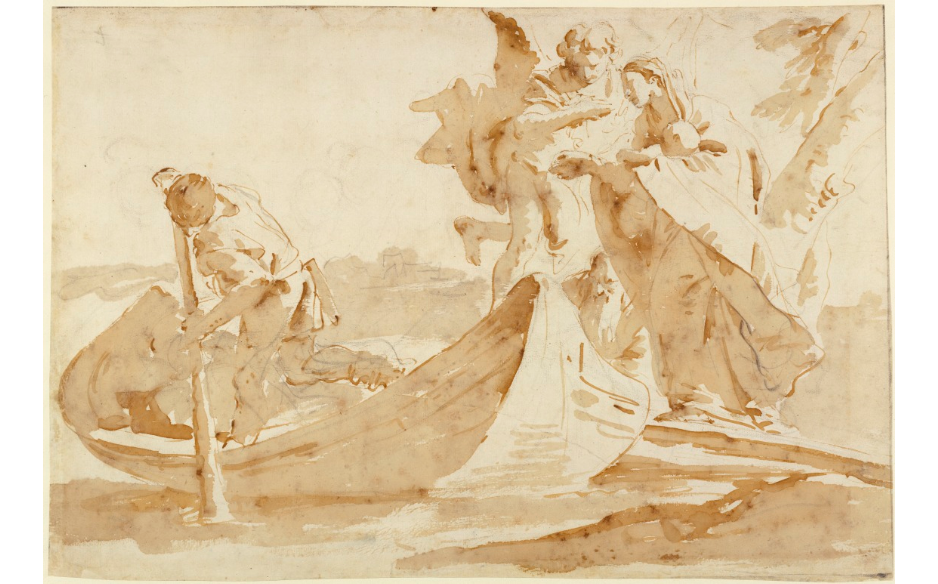 The Flight into Egypt is one of the central epic stories of the New Testament. It tells the saga of Joseph, Mary and Jesus fleeing King Herod and seeking sanctuary in Egypt after being warned by an angel of an account in the Gospel of Matthew. To celebrate the recent acquisition of Giovanni Domenico Tiepolo’s The Punchinello Riding a Camel at the Head of a Caravan, a stunning work on paper, the Getty Museum in Los Angeles is staging a special exhibition of three works related to this story.

Tiepolo was a Venetian artist born in 1727, whose legacy is among the most exquisite in 18th century European painting. The son of Giovanni Battista Tiepolo, a figure whose place in the Pantheon of art is secure, Giovanni Domenico is an artist revered equally for his printmaking and drawing skills as much as for his painting.

The Getty Museum’s acquisition of these two works on paper is consistent with the mission and passion of the institution’s founder, J. Paul Getty. Mr. Getty, once the world’s richest human being according to many sources, began his collection with European paintings and decorative objects from the 16th, 17th, and 18th centuries. Since then, the Getty Museum, along with the Getty Institute and the Getty Foundation, has become among the most important and relevant cultural centers in North America. 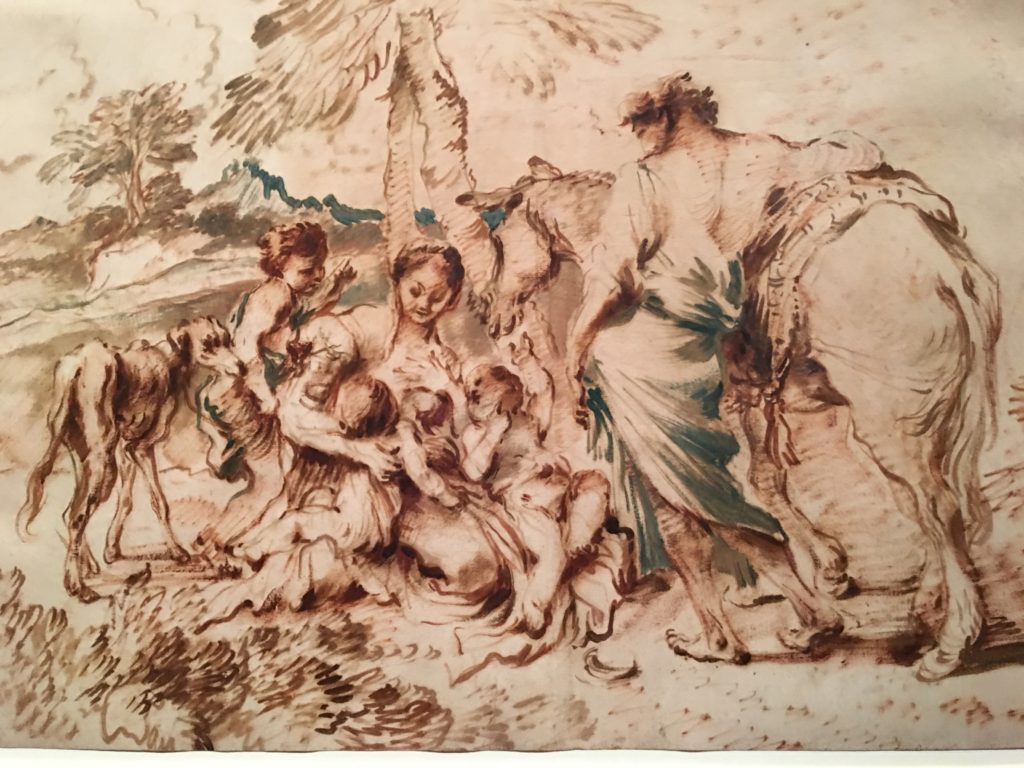 With two works by Tiepolo and one by Giovanni Benedetto Castiligone, the exhibition invites contemplative grace and focus. Located in a small, aubergine-colored gallery with very dim lighting, the show represents a lovely respite from the flux of tourists and the crowds gawking at Van Gogh’s Irises and other more popular works of art that have defined the Getty in the public imagination.

Castiglione’s A Family in a Desert Landscape depicts the holy family seeing repose under a fig tree. A work of bold and jarring valuation, the drawing-painting captures the sinewy forms with curvilinear swiftness that defines much of the Italian’s work. The somber yet loving scene could be any family, even today’s migrants fleeing war and famine in places like Syria, Yemen or Afghanistan, such is its humanity. 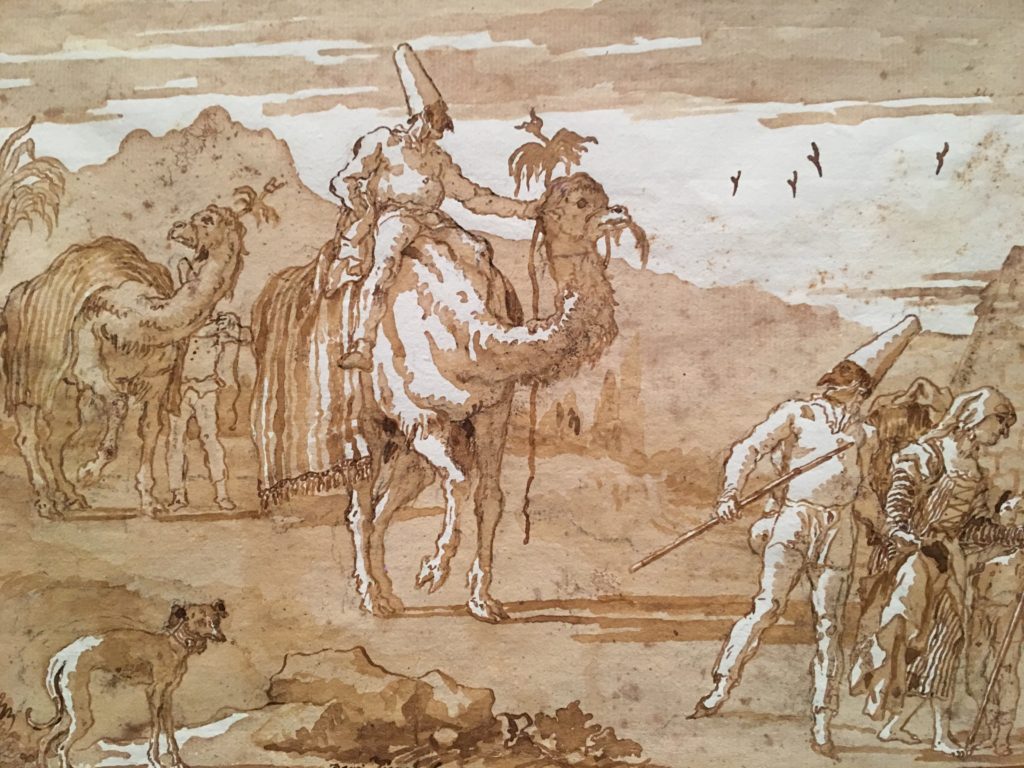 Tiepolo, The Punchinello Riding a Camel at the Head of a Caravan, late 1790s, brush and brown ink over black chalk, The J. Paul Getty Museum.

Tiepolog’s Punchinello Riding a Camel is rendered with such exacting solemnity and will that it appears almost mechanical, like an engraving or mass-produced print. That it is a unique work on paper executed by the artist’s hand is only part of its exquisiteness. The passion of the travelers and the values of shadows and sun make for a haunting depiction of a foundational tale. 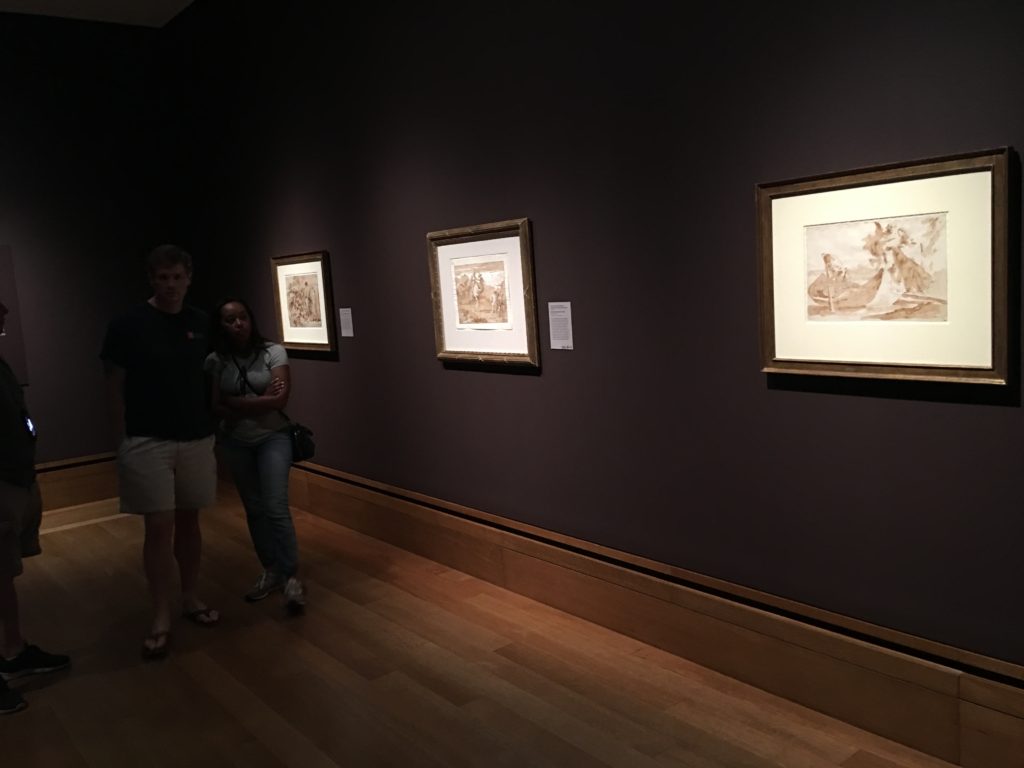 Installation View of “The Flight into Egypt” at The Getty Museum

What makes “The Flight Into Egypt” an experience of repose and illumination is not only the sensational quality of the three works, but also the delicacy and ardor with which they are presented, particularly within the context of the Getty Museum’s larger and more expansive galleries just beyond the space in which one may find calm and contemplation.

With “The Flight Into Egypt,” the Getty Museum has once again delivered on the sacred promise of its founder and provided an educational, inspiring look into both a classic Biblical tale, and its influence on two great artists. 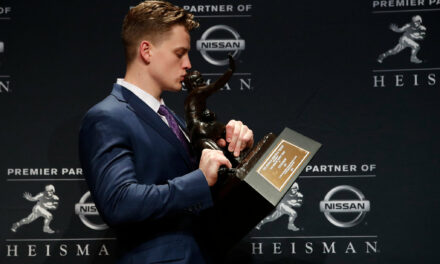 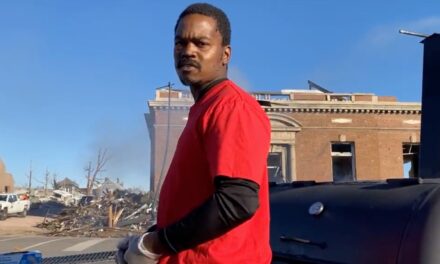 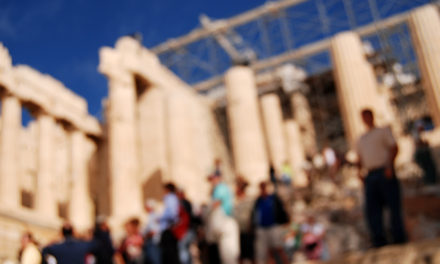 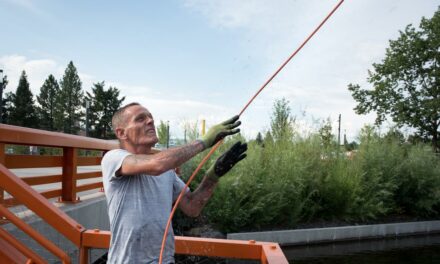